The following forms of constructive delivery have been identified:

Symbolic delivery (clavium traditio) – Delivery takes place by the seller placing the buyer in possession of a symbol by means of which the buyer gains control over the object sold.

For delivery to take place by means of clavium traditio the following requirements must be fulfilled:

i.e where goods are transferred by delivery of the documents of title, bills of lading or warehouse receipts or a car is transferred by giving the buyer the keys thereof. If the keys are handed to a security guard an intention of transfer is obviously not present.

Delivery with the long hand (traditio longa manu) – The object is pointed out by the seller to the buyer with the intention that ownership shall pass. This form of delivery is usually employed when the nature of the item to be delivered renders its physical handling difficult or inconvenient.

Since no change of possession is prevalent in the case of traditio longa manu, strict requirements must be complied with

Due to the opportunity for fraud, courts are reluctant to extend the scope of this form of delivery to items that can be easily handled.

The pre-existing detention of the transferee satisfies the requirement of physical control and only the animus (intention) element has to be satisfied for ownership to pass. For example, a lessee might decide to purchase the item that he is leasing but is already in his possession or where the item that he is leasing is donated to him. The rationale for this form of delivery is to avoid a nonsensical double delivery back and forth between the parties. Ownership passes as soon as the parties have the requisite intention to transfer and acquire ownership, no further overt act is required.

In the transfer of ownership in terms of a hire-purchase agreement delivery usually takes place in the form of a handing over of the item when the item is delivered to the hire-purchaser.  The legal consequence, namely the passing of ownership is merely suspended until a condition, the payment of the purchase price, has been fulfilled. Once such a condition is fulfilled the ownership passes automatically to the transferee. In terms of the latter approach delivery is completed at the time of physical delivery but the legal consequence is simply postponed until the condition is fulfilled. The passing of ownership is not dependent upon the continued exercise of factual control or the continued intention on the part of the hire-purchaser to acquire ownership. 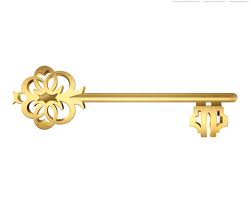 Constitutum Possessorium – This form of delivery is in a certain sense the reverse of traditio brevi manu. The transferor retains physical control of the item to be transferred but he acknowledges that the transferee henceforth owns the item and that he retains it on behalf of the latter but no longer owns it. Transfer is affected primarily on the basis of intention and it occurs despite the fact that the external circumstances under which the item is held do not support the change of ownership.

A farmer needing credit may arrange with a financial institution to purchase his threshing-machine and to lease it back to him for use. Delivery in this case is also affected by constitutum possessorium. Whether passing of ownership will in fact take place depends on whether the requirements of constitutum possessorium have been fulfilled and whether there is intention by the parties to transfer ownership.

Constitutum possessorium is never presumed. The party alleging it must prove that the following requirements have been fulfilled:

The intention must be that the transferor will henceforth hold the item on behalf of the transferee under a new contractual relationship.

The bona fides of the parties must be beyond doubt. It must be proved that the parties had the genuine intention to transfer and accept ownership. If the arrangement is merely a sham or if concluded in bad faith, the courts are reluctant to accept that ownership passes especially if the rights of third parties will be prejudiced.

The requirements for a valid attornment are the following:

In Caledon en Suid-Westelike Distrikte Eksekuteurskamer Bpk v Wentzel it was accepted that it was sufficient for attornment if the third party in possession of the item previously consented to hold the item on behalf of a future transferee to whom the owner could cede his right of ownership. In such cases delivery of the item takes place on the cession of the right of ownership to the transferee even if the holder is unaware of the fact of cession as long as he still exercises factual control at the moment of cession.

According to this decision the tripartite agreement need not be arrived at simultaneously. The holder may consent to hold the merx in the name of transferee in advance. When the cession occurs ownership passes immediately and since the holder has declared his intention in advance he need not be aware of the cession.